Each model that Tefal launches on the market is born with a star under the arm. And over the years, it is managing to combine the best materials with extraordinarily careful designs. This is the case of the Tefal Character pans , which, as we will see, in addition to having the best technologies, have an impressive finish.

The French firm Tefal has always been one step ahead of the rest of its competitors, and has long since left the mid-range behind. Today, most of its models are high-end, just one step away from the kings of Top pans such as Kuhn Rikon, Le Creuset or WMF. But these three firms double or triple in price to any other frying pan and specifically to these Character pans from Tefal.

For this reason, we have always believed that Tefal has managed to position itself and maintain itself in a superior position to any mid-range manufacturer, and closely following the best artisans of frying pans . And still, with really reasonable prices and offering high quality products like these Tefal Character. How? We will tell you!

As always, we like to leave you with a short video about the presentation of the pans. In this case it is in English and they prepare an exquisite prawn Wok in the Character pans.

In this case, and as in almost all Tefal models, the French firm uses aluminum for its construction. Both the core and the exterior are made of this material. And this is the case for several reasons, but mainly because of the good heat conductivity it has and the lightness it brings to the set. With this, they manage to reduce the weights of Tefal Character pans in an extraordinary way.

The surface of these Tefal Character has the advantage of being completely smooth. They do not have screws or rivets inside that can accumulate food debris, which makes cleaning easier.

On the other hand, they have an ergonomic Bakelite handle. Together with the low weight of the set, it allows easy handling of the pan with just one hand. The ergonomics of the pans has always been a hallmark of the French firm.

In this regard, even though they are made of aluminum, Tefal has endowed these Character pans with a diffuser base that gives them full compatibility with all types of kitchens. In this way, you can use these pans in induction, gas, glass-ceramic or electric cookers.

As for the use in dishwashers, they are perfectly prepared to withstand the daily washing in this appliance. However, and you will find out, it will not be necessary to put them in the dishwasher. We say this because the non-stick (as we will see later) is the best thing about these Tefal Character. Therefore, when we finish cooking, it will be enough to give them a splash of water and pass them a napkin.

As a negative point, nowhere do they advertise the compatibility of this model with ovens. For this reason and as a precaution, we do not advise putting these pans in the oven at high temperatures due to the risk of damaging them.

As we said, this is one of the best features of the Character pans from Tefal. The French firm has developed its own non-stick surface that, like almost all of them in the beginning, works extraordinarily well.

The difference of Tefal with respect to others is that, to differentiate itself from the rest, it applies a layer of Titanium on its pans so that it is almost impossible to damage the non-stick surface. With this they achieve that the non-stickness at four years is the same as the first day.

Now, within the Tefal family there are several types of finishes (Powerglide, Titanium Force, Titanium Pro and Titanium Excellence). Specifically, these Character pans from Tefal have the Titanium Pro finish, just one step away from the best.

We consider that Titanium Pro, which is a surface with six non-stick layers reinforced with Titanium, is more than enough to make your pans last for many years. Even if you insist on mistreating them, they will remain intact.

Another quality point that distances these pans from the mid-range ones is that their non-stick coating is not limited to the interior. The outside of Tefal Character pans also has a non-stick coating. So if food spills out of the pan, don’t worry. It won’t stick and you won’t have to scrub for a long time. With passing a napkin, clean pan. Quality details, without a doubt.

Of course, all Tefal pans are free from PFOAS and any toxic substances. In fact, they are made in France, which can already give us an idea of ​​the quality controls to which these Character pans are subjected .

BETWEEN YOU AND ME

Tefal has long outpaced its mid-range competitors for many years. You have decided to focus on offering quality pans. And although this meant raising costs slightly, we believe that the finishes deserve it. In fact, we can assure you that a Titanium frying pan from the French firm can last twice as long as any mid-range frying pan that may have a very similar price.

These Character pans from Tefal are one of the best purchases we can make today. Due to its lightness, the robustness of its materials and the hardness of Titanium, we can say that they are almost indestructible. And also, as we can see the design and finishes in red do not leave anyone indifferent. Without a doubt, a perfect purchase.

ALL TECHNOLOGIES, ALSO IN CHARACTER CACEROLAS

ADVANTAGES OF THE TEFAL CHARACTER PAN

DISADVANTAGES OF THE TEFAL CHARACTER PAN

If for any reason these pans do not convince you, we advise you to take a look at another Top model from the French firm. These are the Tefal Chef, pans very similar to these, with a different design and with the difference that they can be used in ovens up to 175ºC.

And finally, for a similar price (even slightly lower), you have a lifelong Spanish manufacturer who has excellent pans. We are talking about the Monix Mineral, reinforced with Titanium and withstand ovens up to 220ºC. 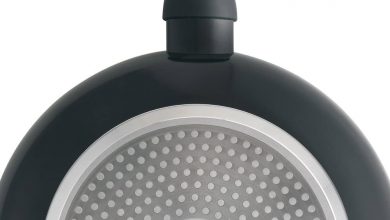 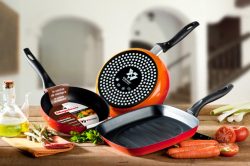