It is much more than a home kitchen helper. The Taurus Mycook kitchen robot is a  complete, avant-garde, highly functional appliance and probably the best kitchen robot you can buy. You will cook for us and save a lot of time on kitchen work. Due to its many features ( induction technology, intuitive touch screen that includes multiple functions ) we will prepare the most sophisticated cooking recipes, with one hundred percent perfect results.

Taurus is a Spanish company, leader in the small appliance market . It is a trustworthy brand, one of those of a lifetime, with the prestige that more than 4 decades of work and constant innovation give it. Taurus always brings the most cutting-edge kitchen appliances to the market, such as the Taurus Mycook Kitchen Robot. The future is here, with this one hundred percent Spanish-made robot.

There are two possible finishes, the MyCook Touch and the MyCook One. Inside the Touch is the normal finish and the Black Edition. There is no difference beyond the exterior color. The Black Edition is a special edition exactly the same as the normal one, but with a black finish. If you are interested in the Touch model, buy the cheapest one (normal or Black Edition)! Throughout this article we will see how they are alike and how they differ. And above all, if the price difference of the top of the Touch range is worth it.

We leave you with a great video where you can see all the characteristics of this kitchen robot.

See here the updated price of the Taurus MyCook One

The materials used are very solid and of high quality: stainless steel, silicone and other food-grade plastics. All materials have been specially developed to come into contact with food without changing their composition at all. The strict controls that Taurus undergoes by the regulatory bodies of the European Union gives us absolute peace of mind.

The Taurus MyCook Kitchen Robot, both the MyCook Touch and the MyCook One, a maximum capacity of 2 liters, ideal for cooking for 3 or 4 people, and a total power of 1,600W between those used for cooking and those that put in the engine starts. This means that it is a powerful appliance for cooking and other functions such as grinding. In addition, the One reaches a maximum temperature of 120º, and the Touch 140º. Remember that both have induction cooking, so they do not demand a lot of power, making these MyCook extremely quiet and economical due to their low consumption.

How to prepare a recipe on the Taurus MyCook Touch

Here is an explanatory video to give you an idea of ​​how simple it is to prepare a recipe in the Taurus MyCook by  following the steps on the huge color screen. It will be impossible to do something wrong!

The Taurus MyCook Touch kitchen robot  has multiple functions, not only for cooking, but also for blending and grinding, making it one of the most complete, versatile and efficient robots on the market today. Among its main functions, the following stand out:

The Taurus Mycook models , the most advanced in the kitchen, are synonymous with avant-garde, because they incorporate the latest to work and enjoy cooking without effort, and also trustworthy, because Taurus is the most veteran and innovative Spanish company in the manufacture of small appliances .

They may look very similar, but in reality they are not. In the following sections we will see how they are alike and how they differ.

Acquiring Taurus Mycook is acquiring the most advanced kitchen robot, capable of preparing recipes without much effort and with very professional results. Its color touch screen makes following a recipe remarkably easy. Impossible to do it wrong!

With almost a decade on the market, Taurus Mycook continues to grow and currently has two models: Taurus Mycook Touch and Taurus Mycook One, they are similar in terms of operation and performance, but mark great distances in terms of technologies and ease of use. It is best to see what their technical characteristics are one by one, their similarities and differences, to decide which one will be the most suitable for our needs. Let’s see!

The Mycook Touch stands out because it marked a before and after in the kitchen, since it integrates WiFi technology, which allows easy interaction with the Smartphone or tablet, to create all kinds of recipes. It has a touch screen that is customizable, access to an unlimited number of free recipes, and two working modes: manual and automatic.

The latter is a system of guided recipes, which will help the user throughout the cooking process. It has a pioneering induction heating system, 10 speeds, reaches temperatures from 40º to 140º degrees, and incorporates four special functions: stir-fry, knead, turbo and scale.

Its jug is 2 liters, ideal for cooking for 3 or 4 people, a power of 1600W, which makes it a very powerful kitchen robot to prepare all kinds of recipes. Time, temperature and speed can be adjusted independently.

See here the updated price of the Taurus MyCook Touch

The Taurus Mycook One kitchen robot is a multi-function robot, which offers a large number of culinary features. It can mince, grind, crush and emulsify, among many other functions. Its heating system is by induction and reaches a maximum temperature of 120º.

It has a special stir-fry function and contains a precision scale that measures from 5 grams to 5 grams. Its 1,600W power is perfect for preparing any preparation, however demanding it may be. Induction cooking allows its consumption to be really low, as we already know that this technology demands much less power than other cooking means. And so, the more we use it, the more we will notice the savings it entails.

The main difference with its older brother MyCook Touch is that its operating system is analog. It has a simple panel of buttons, which regulate all the cooking functions and a small digital display where you can see the times and other data of interest to follow the recipe. It can be learned to operate very fluently, but it does not have the ease of use that the MyCook Touch has with its huge color touch screen.

See here the updated price of the Taurus MyCook One

According to the most recent ratings from the OCU, both kitchen robots are among the top positions in consumer reviews, due to their extensive recipe-making possibilities, their many functions, and above all, how easy they are in daily use.

However, it all depends on the budget destined to buy a kitchen robot that makes our life easier when it comes to cooking, based on the fact that both robots are a magnificent economic investment, with excellent results and durability in our kitchen.

It is always necessary to find out and compare prices, benefits and even be knowledgeable about our culinary skills to choose the best option. The important thing is to choose well, get the most out of our MyCook robot in any of its models, and above all, enjoy good cuisine.

The Taurus Mycook kitchen robot has innumerable advantages, since it prepares all the culinary tasks that we can imagine, without much effort in the kitchen, and in a simple way. Among its many advantages, the following stand out

Disadvantages of the Taurus MyCook robot

This kitchen robot is practically unbeatable, although a couple of drawbacks have been found:

The Taurus MyCook  kitchen robot is very versatile in the preparation of kitchen recipes, they all come out well in proportions and cooking level, and it has an incredible value for money, since it prepares all imaginable kitchen preparations, in a very simple way and intuitive, and with unbeatable results, almost professional.

Due to its induction technology, a lot of time is saved in the cooking process, with perfect results and with homogeneous finishes in temperature. In addition, it is very easy to use and is suitable for all levels of culinary knowledge.

The accessories they include are more than enough to prepare our recipes, and they can be cleaned easily and quickly, being suitable for the dishwasher except for the blades.

It includes a recipe book with laminated sheets, to be used in the kitchen, to be able to clean it and to make it look like new. One of the most attractive issues is its website, with more than 5,000 recipes, which are constantly being renewed, thanks to user contributions

Taurus kitchen robots, in any of their models, are highly sophisticated appliances, with the best and latest technologies on the market, thought and designed to make life in the kitchen much easier.

At its height and with this price level, and we are talking about top-of-the-range kitchen machines, we could only find its rival, the Magimix Cook Expert Kitchen Robot . It is a true wonder that, although its price is also high, it ensures you have a Kitchen Robot for the next decade.

But if these prices are beyond your budget, we advise you to take a look at the top-of-the-range Kitchen Robot from the Valencian firm Cecotec, the Cecotec Mambo 9090. It has many similarities, except for the spectacular color screen (in few models you will find something like this). However, its price is significantly lower. 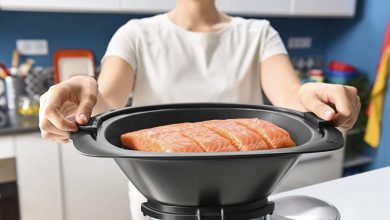 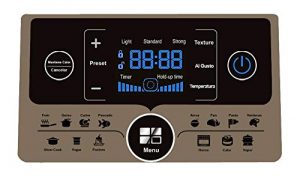 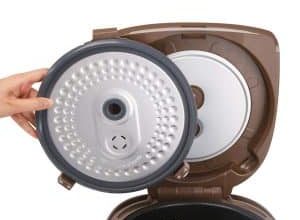 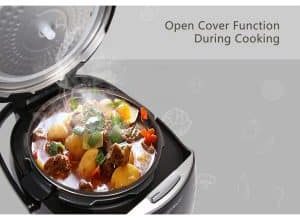