The typical dishes of Norway are quite unique and go hand in hand with its climate, which is cold, so these have been characterized by hunting and fish. Despite all this, their food is not so simple, as it has its essence and a quite unique flavor, that is, difficult to copy.

Keep reading so that you will be enchanted with the 10 most typical dishes of the country, which you cannot stop trying if you visit it.

Lutefisk is quite a special Christmas dish. It is exactly dry white fish put in contact with diluted caustic soda, this causes the fish that is used, usually cod, to end up obtaining a gelatinous texture. It is recommended to eat it in a restaurant specialized in the recipe because it is quite difficult to make, since when using caustic soda or sodium hydroxide, a risky chemical to use, it can cause serious burns if you do not know how to do it.

Farikai is a dish that is usually prepared during autumn and winter. Its main ingredient is lamb, and it is considered one of the most important foods in Norway, this is because it contains a high content of protein and vitamin B12. The lamb is prepared together with cabbage and salt, then black peppercorns are added to taste.

Pinnekjott, which literally translates to stick meat, is another Christmas recipe in Norway made from salted lamb ribs that are then desalted for 30 hours. The Norwegians apply a rule for perfect meat, and that’s practically 30 hours of desalting and 3 hours of steaming. In addition, you can get the desalted ribs at the butchers, ready to use.

This is another of the dishes that are usually accompanied by mashed potatoes, a beer, akvavit or red wine, which is what is usually drunk with this recipe lately.

The dish is included since 2017 in the list of protected food traditions.

Lapskaus is a traditional Norwegian stew, it is prepared with beef or lamb and also vegetables, mainly potatoes, aromatic herbs and spices. There are some versions where it is made with pork or ham, it can also be made with fresh meat or leftover meat already cooked. The sauce is made with onions, cabbage, and carrots. It is eaten with bread.

It is usually eaten during winter nights, it stands out for being a traditional meal that is prepared in abundance with the aim of eating it reheating the rest of the days of the week.

Geitost, or also known as brunost, which means “brown cheese” due to its color, is the most popular goat cheese in Norway. Its color is caused by the heat produced by milk sugars during production. It stands out for its sweet taste with bitter touches that is a consequence of its way of preparation. The taste is much better when eaten fresh, or when sliced ​​very thinly. It is used as an accompaniment to bread, sweets and sandwiches.

Raspeballs are potato dumplings, typical of Norwegian cuisine. They are made with potato, flour and egg bases. They are usually served in winter together with lamb meat. There are different versions of the dish, where they incorporate pieces of lamb meat or salted pork to the dough.

The meatballs are boiled in water for about an hour; It can also be made with vegetable broth or lamb or pork bones.

The Kjøttkaker means meatloaf, and this is their Norwegian version of meatballs. This simple recipe is quite delicious, it is usually served with brown sauce, and as with many other dishes, it is accompanied by potato and carrot. The dough that wraps the meat mince is made with wheat flour or potatoes.

It is one of the traditional recipes of the country, and is usually included in the lunch of many families. The meatballs are generally made from beef, or sometimes from fish; There is also a mix of chicken, eggs, and various seasonings, and it has its own vegetarian alternative made from seitan, a wheat gluten food.

Within Norway, one of the best known foods is king crab. This animal usually weighs 3 kilos, but there are occasions where it has reached 12 kilos. If you are in the village of Kirkenes, you will know that there is an opportunity for tourists to fish and taste this crab. The animal is prepared in sea water, so it is normal that it tastes somewhat salty, but the flavor of its meat is much sweeter and has a much softer texture.

Traditionally, this seafood is usually prepared roasted, although there is the possibility of frying it with butter.

It may be strange for any foreigner that this is a dish that exists and that it is also a traditional meal within the country. The difference is that Norway has always been in charge of having a controlled whale hunt, without contributing to its extinction.

Many restaurants have the whale on their menus, and it is readily available for purchase. Although it is not frowned upon within Norway, most of the country enjoys it at times; in fact, it was part of their diet in the 19th century.

It has a slightly crunchy and fluffy texture, and gives off the combined aroma along with the spices and herbs that are used when roasting it.

The Smalahove, or lamb’s head, may be the most controversial dish due to its image, as it may not be appetizing to look at, however, it is one of the typical Norwegian foods. It is eaten mostly at Christmas or on special occasions. It consists of the head of cooked lambs, accompanied by mashed potatoes and kohlrabi. Before it was a dish eaten only by the poor, and today it is considered a delicacy.

Now that you know the most typical Norwegian dishes, tell us, which one do you want to try? 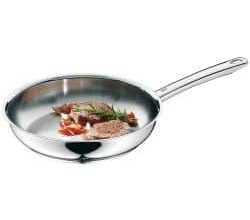 Types of pans, what pan do I buy? 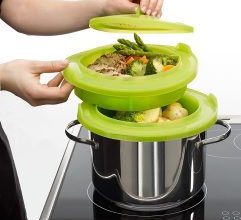