Lithuania is a country with a vast and rich culture, with a lot of history to tell and wisdom to transmit, and they do so through its gastronomy, which focuses on traditions that date back to ancient times and mixes it with the present that characterizes to the European population, with a special flavor that extends from Vilna to Klaipėda. Let me then tell you about the magnificent typical dishes of Lithuania, where despite the fact that their diet is based on a high amount of consumption of vegetables and grains, you can also find a lot of variety of sweet dishes and dairy products, for which in fact they are recognized.

If you ask a Lithuanian what food makes his country stand out, he will introduce you to Cepelinai, which is considered the main typical Lithuanian dish. This delicious preparation, originally called didzkukuliai and later renowned for its great resemblance in shape to the Zeppelin aerostats, are meatballs made mainly of raw potato that, after being cooked, is filled with an exquisite mixture of the most appreciated lean meat of that country. , pork.

But the delight does not end there, as a more than generous portion of a preparation with sour cream, mushrooms and the crunchiest pieces of bacon you will ever eat is sprinkled on top .

You can accompany your cepelinai with a great tasting drink made by the Lithuanian people; I am not talking about any other than the mead, also called Midus, another tradition that will bring to your table, since its elaboration dates back to 7000 BC

Prepared with pure honey, this drink is aged to condense its flavor, and when you try it you will surely ask for another drink.

Lithuania is subjected to different climates throughout the year, therefore, a good soup never falls bad, and those from this country are surrounded by flavor, that’s why I show you this beet soup that will be a tasting for your palate.

Burokėlių Sriuba is a rich beet-based savory that is served hot to charge you with energy and boost your defenses. Its preparation also consists of other vegetables, such as onion, celery and carrot, all this mixed with pork and accompanied with potatoes and other spices.

This soup is sure to comfort you and when served with Kepta Duona, which is nothing more than rye bread fried with salt and garlic, you will be more than satisfied.

This is another option for beet soup, this time cold, which is a delicious and refreshing decision when choosing what to eat in this country in times of heat. The dish is made with sour milk, vermeo onion and dill, which give the mixture a good consistency and, by adding boiled potatoes or boiled eggs, it will be a complete meal that will satisfy your appetite.

If you want an aperitif before a main dish or a light meal, the Kibinai will fascinate you. Made with a puff pastry, they are a delicacy that is the flagship of the population of Kariate, one of the ethnic groups that enrich the culture of Lithuania. Its filling can vary, choosing between meat, vegetables, jam or the internationally known Lithuanian cheese curd, which is matured for several months for an ideal consistency and flavor.

After baking, they are served hot and can be accompanied with the Gira, a drink made from wheat or barley fermented with different types of fruits.

Another snack typical of this place are the Bulviniai blynai, which although its name is complicated, are nothing more than tortillas made with a mixture of grated potato, onion and egg that, after compacting and frying, are served hot with dressings such as sour cream or the famous cheese curd. A simple dish that you can take home, prepare and say that you know how to make international food.

You can taste it with a rich Arbata, a tea with a varied mixture of herbs that is not only delicious, but also has medicinal properties.

The list of desserts of Lithuanian origin is topped by the Grybukai; translated as mushroom cookies, they are a Lithuanian specialty shaped like mushrooms and made with cinnamon, flour, sugar, butter, nutmeg, cardamom and cloves, covered with a delicious glaze, one part white and the other dark or of some color that resembles the colors of mushrooms.

They are a perfect recipe to accompany it with a good Kava, a well-loaded espresso coffee with a slight sweetness that will cleanse your palate after these delicious cookies.

Another typical sweet is the Sakotis, known for its unique shape. It is a traditional Lithuanian cake generally served at parties and special or luxurious occasions. What characterizes this unusual cake, in addition to its hollow center, are the tips that make it up and stand out from it and that are achieved due to the preparation process that this dessert has, where it is placed on a spit to later turn and pour. top the mixture; As it rotates, these spikes are formed until they reach the desired level and are decorated with chocolate, a great elaboration.

Finally, I can mention the Varškės apkepas, some small and delicious fried cakes made with flour, sugar and eggs ; Its main ingredient is Lithuanian cheese curd, an ingredient that, as you have already seen, reigns supreme in typical Lithuanian dishes.

This dessert is served hot and you can enjoy it at any time of the day, accompanied by strawberries, raspberries and other red fruits.

If you also eat it with an Alus, a high quality Lithuanian beer, you will have a religious experience for your palate.

As you can see, Lithuania offers a very wide variety of foods that you cannot stop enjoying if you travel to this beautiful country. So you know what to try first? If you don’t know, then try them all! 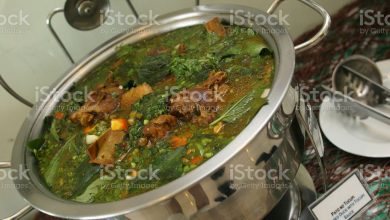 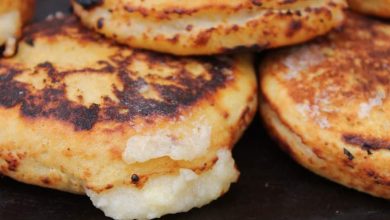 Typical Dishes of Colombia: base, main dishes and typical soups 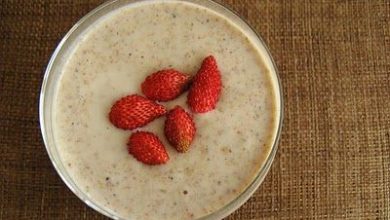 Typical Estonian dishes. A variety that you cannot miss!