Swiss chard is a very little appreciated vegetable, it is generally considered bland and tasteless, classifying it as a small thing and leaving it off the menu except in diets. The potential of this vegetable is ignored in the shadow of others such as spinach, without stopping to investigate how to prepare it and take advantage of each of the benefits it offers.

Swiss chard is cheap and you can find it anywhere, for this very reason you cannot say no to the opportunity to experiment with it in the kitchen and give this much-despised vegetable a chance. Next, you will be able to learn more about chard and the best ways to prepare it, clean it and recipes where it impacts anyone.

Types of chard and their benefits

You can find two varieties of chard, those that vary between white and green tones, and those that go from yellow and orange to reddish and purple. Both types are exactly the same with only slight differences, apart from their coloration. The biggest difference between the two is their antioxidant compounds, which in the case of the second type is the same that can be found in beets and which allows its color to be diluted in water.

It should be noted that the taste of purple chard is much milder when used in the kitchen.

Like most vegetables, chard has a very low fat content, in addition to having good reserves of zinc, thiamine and folates, and being very rich in fiber, vitamin A, C, E, K, B6, riboflavin, magnesium, phosphorus, potassium, iron, calcium, manganese, and copper.

Although chard also have two drawbacks, the first is that they have a high concentration of sodium, which is why excessive salt should not be added when cooking it; They also have a compound called oxolate, which causes the calcium reserves in chard to not be absorbed by our body, which is why it is not such a good source of calcium despite having very high concentrations.

Choosing and cleaning chard for cooking

When buying chard you must base yourself on certain criteria to choose the best ones; First you should consider those that look fresher, that their color is bright green and without black spots, with a more or less firm consistency and that do not give off a strong smell. If you plan to keep them, they will last about 3 or 4 days after you buy them, so using them as soon as possible is recommended.

You can keep them longer by freezing them; for this you must separate the leaves and the stem, first you must immerse them in boiling water for one minute and two minutes for the leaves and stems respectively; then, you just have to place them in bags to freeze them. It should be noted that when frozen the leaves will break and may become soft once removed.

To clean it, it is simply necessary to wash with plenty of cold water to eliminate impurities and other residues that may present.

Preparing the chard is necessary to use them in any dish; The first step in preparation is to separate the stem into parts. At first you should pay attention to the appearance of strands in these stems, since you will have to eliminate them. You will start by cutting the end of the stem (which is usually hard and therefore impossible to eat) to remove the threads, this should be done as if you were unraveling a seam using the knife.

When you finish removing the strands, it will be much easier to cook the cells so that they can soften. The most tender chard tend to have less fibrous stems, so it is not always necessary to remove these parts from them.

How to cook chard correctly?

To cook chard it is simply necessary to follow the steps mentioned above; once this is done, you can proceed to make a dish; below, you will see the methods to cook this vegetable.

There are two options when it comes to including chard in your dishes and taking advantage of the benefits of this incredible vegetable; the alternatives are:

Swiss chard can, like spinach, be eaten raw. For this you can add them in fresh salads, they combine perfectly with any dressing, in addition to reducing the need for salt by having large amounts of sodium by themselves.

Chard leaves can also be added in pates and sauces that do not require cooking to prepare.

Some options for eating chard raw are a chard salad with raisins and tahini or a hummus.

It is not the most recommended type of cooking because it eliminates much of the intensity of the flavor of the chard. When they are boiled, they become soft and the color, as well as the flavor, are diluted, but this method may also be your favorite so you must keep certain things in mind.

Swiss chard should be prepared following the tips above and its leaves should be separated. The pot where they will be boiled should be filled with plenty of water and the stems should be added first than the leaves to the pot, which should not be covered.

They should not be boiled for more than two minutes so that the leaves do not break; then it would only remain to serve them, draining them thoroughly. This preparation of chard is ideal as an accompaniment to other dishes.

In creams and soups, the flavor of chard can be used excellently. In the case of soup, it is advisable to place the chard in the broth when it is ready to be ready, to take advantage of the intensity of the flavor without ruining the consistency and firmness of the chard leaves.

On the other hand, in creams, pot chard is recommended, which is sold previously cooked but with its characteristic flavor present. These can be placed either in the middle of the preparation or near the end.

Some recipes that can be made with chard in creams and soups are:

Chard is an excellent vegetable that has great contributions when consuming it, it is very versatile and its flavor is quite distinctive, so it can be adapted to your taste without problems. Adding chard to your menu is a great option to expand your day-to-day recipes. 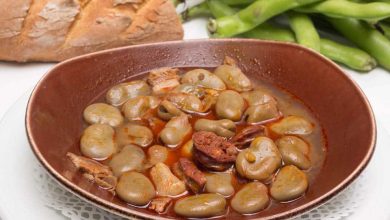 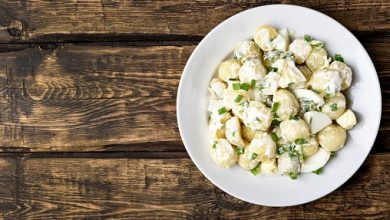 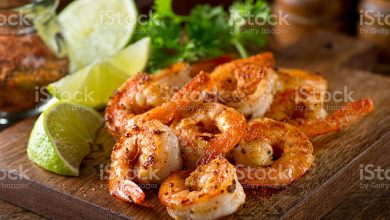 How to cook prawns? 6 different ways to do it 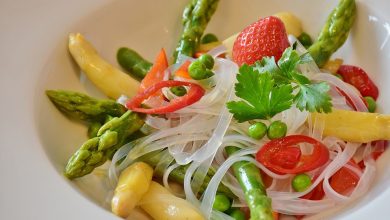 How to cook noodles? And what are its benefits