Cooking octopus is a challenge for many people because it is tough and rubbery. In this article you will get a way in which the octopus is firm, smooth and with an ideal texture to be able to prepare it in different recipes, whether in cocktails, in garlic sauce, ceviche, grilled, among others.

Some kitchen experts recommend as a good initial trick, that you buy the frozen octopus. If you buy it fresh, then you should freeze it at home and then a day before starting the preparation of your dish, you can defrost it and that will help it soften, as it will break the fibers of the octopus.

It is important that you know that in some countries, for some time now, the capture of baby octopuses has been prohibited, so I do not recommend buying them. Look for an octopus that is over a kilo in weight.

First of all, we must wash it several times before cooking, especially in the area of ​​the suction cups, where many impurities accumulate. While we are carrying out this process, there are chefs who affirm that if we massage it while we are washing it, it will be softer after cooking, especially in the tentacles. It is also good to tap it, either with a mallet to soften the meat, or with the handle of a knife, this in order to break the fibers, as I mentioned earlier.

There is the possibility that you want to cook the octopus without a head, but if you want to keep it, you should check that it does not contain the viscera yet. On some occasions, even if the seller removes them, some black stripes can be seen inside the octopus, but that is easy to remove and only with the tips of our fingers we can do it, like removing the excess skin (that will not take us long no effort, since it comes off quite easily).

The easiest way to remove the eyes is to make a vertical cut right in the middle of them and that will help you make the final cut that will detach them, you just have to check later if there is fibrous skin. You can clean it by scraping with the same knife. Octopus eyes are usually removed because they have a bitter taste that does not bring a good taste to the palate.

You should not forget to also remove the beak of the animal (the mouth), and you can easily do this by pushing it with a finger from the back of the head or using a tweezers. Don’t forget to rinse it again after all this procedure.

Let’s start with the cooking

Put plenty of water in a saucepan and put it on the fire until it starts to boil. When the water is already boiling, we will add some bay leaves, 3 cloves, about 3 cloves of garlic, fresh rosemary (but do not add too much, because it can give a somewhat strong flavor), and a chili pepper if you prefer. You can also add onion, carrot and / or coriander, depending on the flavor you are looking for (some cooks will squeeze an orange into the water, but it all depends on your taste).

A good recommendation is that you do not add salt, because it could harden the meat and this is what we are trying to avoid from the beginning of the preparation.

So that the skin does not come off when it is cooking, we will do the following: take the octopus by the head and introduce the tips of the tentacles into the water for just a second, this will make these tips curl up a bit. We will do the same procedure a second time but submerging the tentacles deeper than the previous time and for two seconds. The octopus tentacles will curl up a bit more.

We will repeat the previous procedure but introducing the tentacles a little more and now we will leave it submerged for three seconds. We can repeat this step with four seconds and with five seconds. You will notice that the last time you do this, the coiled tentacles are trying to get out of the water. This will give the octopus a nice shape when completely submerged, and it will look good in your final presentation. After this, we can submerge the octopus completely in the boiling water. Due to the change in temperature, it will stop boiling for a moment, but then when it starts to boil again we count about 40 to 45 minutes.

When is it ready?

After spending 30 minutes, you can check that your octopus already has a pink color and that the tentacles are completely open but with their tips rolled at the end, so you can leave it the 15 minutes until it finishes cooking.

One way to know if our octopus is ready is by making a cut in the thickest part (where the tentacles start). That place, by now, should be soft. If it seems easier, just poke it with a fork.

Once you remove the octopus from the pot, try not to cool it with water and thus not suffer a thermal shock, this could harden it and also remove some of the flavor that adhered to the background of herbs, vegetables and / or vegetables that you added to the beginning; It is for that reason that we seasoned before, so that it has a good flavor already for this moment. Let it cool to room temperature.

After it is cold, you can cut the tentacles or leave them whole, depending on the presentation you want to give it.

The water where you boiled the octopus is a real delicacy, so you can use it for some other recipe, since it has not only the flavor of the seasonings, but also that of the octopus itself. Among the options that I can offer you, would be the one that you cook potatoes in this broth to prepare a delicious Galician octopus, rice or pasta.

If you paid attention to the article, you should already be very well prepared to impress everyone with a very well done octopus, so let’s get to the kitchen! 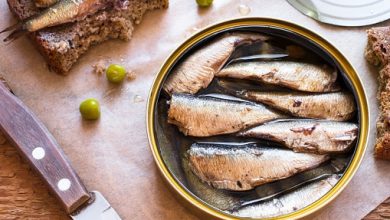 Typical Latvian Dishes: Top 9 of the Most Popular

Guide to buying a tableware 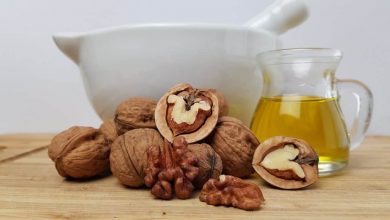 Types of cooking oils: their use in cooking and diets 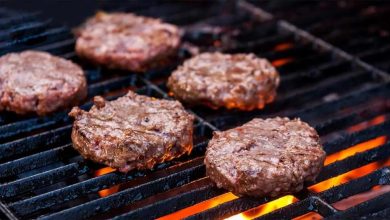