In the world, the number of types of oils of vegetable origin that can be used in cooking in different ways is impressive. All these vegetable fat products provide different characteristics to the dishes, such as flavor, color, and even nutritional elements that can be used as appropriate in the particular situation of their use.

On this occasion I will mention some of the best known oils and I will describe their characteristics a little. Oils tend to have a greater presence in some cultures of the world than in others, much of this has to do with the style of their cuisine and local agriculture.

As its name implies, this is an oil from sesame seeds, which are processed to obtain their fat along with their properties. It is characterized by having a strong aroma and its great habitual use in the kitchens of eastern countries, such as China and Korea, where it is a key element due to the flavor it offers to foods prepared in a wok.

Among its nutritional properties, it can be found that it has a high percentage of unsaturated fats such as oleic and linoleic acid, as well as vitamin E and zinc as its main mineral.

Of seed flax or linseed, very recognizable by their blue flower in the Spanish fields, is where the oil is obtained, which has a high content of unsaturated fatty acids, among which stands out omega 3, very necessary in a healthy diet.

Thanks to its rich content of essential fats, it is widely consumed by vegans to supplement their need for lipids; this can be straight from a spoon or by pouring it into a salad. If you want to fry, this oil is not the right one at all.

The seeds from which this oil is extracted come from a shrubby plant native to Morocco, in the south of the country to be specific. These seeds are dried in the sun and then go through a cold pressing process, from which all their oily fat is obtained.

It has a great use in the kitchen, where it contributes its antioxidant and digestive properties to the diet, in addition to helping with the reduction of cholesterol and improving liver function.

It is often used as a substitute for olive oil in some very popular foods in different cultures, such as North Africa and part of the Middle East.

As its name implies, this oil is extracted from the popular dried fruit. Its main characteristic is the large amount of unsaturated fatty acids it has, just over 90% of its composition. Most are polyunsaturated and this is why it is one of the most used oils in healthy diets. Its application focuses on being a delicious dressing for salads and deli meats.

One of its disadvantages is that it is usually extremely expensive, so it is not common to see that it is consumed as a food regularly on a daily basis, it is actually more common to see it in medicinal and cosmetic items.

A very popular oil in the world, but it is even more so in Northern Europe, where Germany is the largest consumer. This oil is extracted by pressing rapeseed or canola, a flowering plant with a vibrant yellow color.

Its use varies in the kitchen, from being used for frying, to as a dressing in salads. It is characterized by the great benefits it brings to health, mainly to the heart, with its monounsaturated fatty acids. Although it can be counterproductive in large amounts, it is often known in some places as heart oil.

Widely used in western Europe, mainly in the Iberian Peninsula and France. Sunflower oil is obtained from the seeds of this well-known flower, which have a high fat content. Its main contribution is linoleic acid together with vitamin E. It is true that it can be used for frying, although it is not the best for that; If you really want to take advantage of sunflower oil, better use it as a salad dressing accompanied by nuts or to make mayonnaise, it gives them an incomparable softness.

This oil is widely consumed throughout the Western world, the reasons may be several, but the main one is its low price due to the ease of cultivation of corn and its production process.

It is low in saturated fat, but it is not the healthiest oil of all. Commonly its use is based on frying, but the truth is that many experts recommend using it more in salads, sauces or mayonnaise, due to its mild and slightly marked flavor that does not overshadow the other ingredients.

Coming from the tropical fruit; coconut oil is one of the most distinguishable of all thanks to its marked sweet taste and its thick, buttery body. These characteristics of its texture are mainly due to the saturated acids with a great presence in its composition, unlike the unsaturated ones that do not exceed 8%.

The places where it is mostly used for cooking is in Southeast Asian countries , such as Thailand and Malaysia, where it is used as the base of many typical dishes. It is also widely consumed in African countries.

Coming from soybeans, this oil is the most produced worldwide above sunflower oil and canola oil. It is of great use in the kitchen despite its rich contribution in alpha-linolenic acid, which is associated with omega-6, related to some heart problems.

A remarkable fact about this oil is that its excessive production has caused many ecological problems, mainly in the American continent, from north to south.

Its production is based on the cold pressing process of peanuts. Its nutritional content is mainly a balanced proportion of monounsaturated fats, with a greater presence of linoleic acid.

It is of great use in Asia to prepare typical food; as well as in the preparation of mayonnaises, salads and vinaigrettes in which it does not overshadow the flavor and provides smoothness. 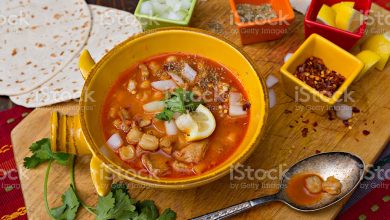 Typical dishes of Venezuela and of each of its regions 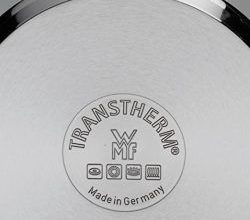 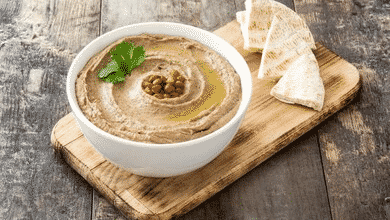