The Cecotec IronMix kitchen robot is a great ally in the everyday kitchen. It has 22 cooking functions,   and a series of features that are essential for preparing all kinds of recipes. This robot will delight the most fans of cooking, and also the most gourmets, because it is really easy to make an outstanding recipe with very few steps and in a very intuitive way.

The young Valencian company Cecotec triumphed a few years ago with its magnificent programmable cooking pots. They always bet on the application of the most innovative technologies in small household appliances, and recently they have made the leap to multifunction kitchen robots, with the same philosophy and with excellent results.

Their robots are excellent value for money, with functions very similar to those of considerably more expensive kitchen robots. They are having great success among the most demanding users, for their great performance in the kitchen, and for the ability to prepare very varied recipes, always with impeccable results.

We leave you a short video of everything that this kitchen robot can do.

Regarding where to buy it, you can find it in the usual Internet Marketplaces or directly in the Official Store of the manufacturer. In our opinion, this option is one of the most interesting because in order to have to carry out any post-sale management (warranty, spare parts, any part …) it will always be easier to deal directly with the manufacturer than through intermediaries. Nobody knows Cecotec kitchen robots like Cecotec! In addition, it is possible to find the kitchen robot in the Official Store even at the same price as on other platforms, so it is a very interesting option. It’s up to you!

It has a large capacity jug: 3.3 liters, ideal for cooking for 4-6 people. The Cecotec IronMix kitchen robot  has a power of 1500W, so it can successfully perform all the functions for which it is manufactured.

It has 22 cooking functions, in addition to a series of essential features in the kitchen, among which the following could be highlighted:

This IronMix kitchen robot from Cecotec is very practical and performs a large number of essential functions in the kitchen without much effort, since it is easy to use. Its main advantages include the following:

Not many drawbacks have been detected, perhaps for more advanced users, it is missing that it has a precision scale.

The Cecotec IronMix Kitchen Robot is an easy-to-use and very intuitive robot that performs with total professionalism  many of the most essential cooking functions for everyday cooking. Its simplicity makes it possible for any user who is not familiar with new technologies to know how to get the most out of all its functions.

Perhaps for professionals, or for chefs with advanced culinary knowledge, its features are more limited, but for the day-to-day kitchen it is one of the most complete robots on the market.

For the most novice in the kitchen, its great precision in cooking and preparation at low temperatures stands out, when it comes to preparing somewhat more complicated recipes, such as sophisticated stews or some more elaborate desserts and sauces. It has an excellent value for money given its varied features and cooking functions, compared to other more sophisticated robots, but for which we will need a higher budget.

If this Cecotec IronMix kitchen robot is not the one you were looking for, you may be interested in looking at the characteristics of the Bosch AutoCook Kitchen Robot , it is a premium brand kitchen robot with a power of 1,200w and 5 liters of capacity, perfect for large families . It is a very complete and easy-to-use robot, also at a more than competitive price in relation to its many functions. 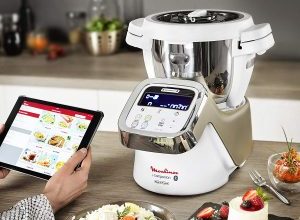 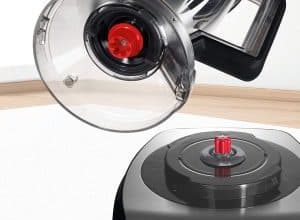 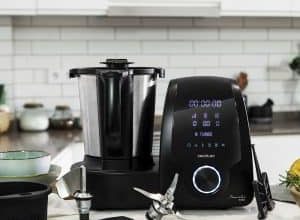 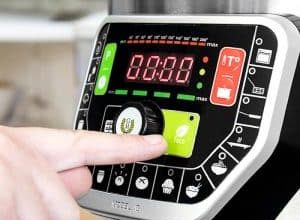